Red Tiger released to the wild!

Red Tiger was founded in 2014 and they have quickly claimed their spot as one of the top game providers. Their titles include several games that have grown to be favorites for many players, so we are proud to have Red Tiger games now included in our game portfolio at Chanz as well! You can find all Red Tiger games from the Chanz Casino front page under the ”Red Tiger” category. Lets take a quick look at few of their top games:

Dragon’s Fire Megaways
Dragon’s Fire was one of Red Tigers original hits released in 2018 and this Megaways version guarantees never-ending action with 117,649 ways to win and bunch of special features. There is The Fire Blast feature, which can be triggered randomly to add Wild symbols or Scatters to your reels. Dragon’s Egg multiplier will increase your win multiplier with every consecutive win. Finally there is the Free Spin feature launched with three Scatter symbols, and unlike in the base game, during the Free Spins your win multiplier doesn’t reset on a losing spin!

10,001 Nights
This slot has a magical atmosphere of the Arabian desert. The layout of the game is rather simple with five reels, four rows and 20 fixed paylines, but the slot is filled with features and the maximum win is hinted in its name already, as it is indeed huge at 10,001x your stake. The Feature Lamps unlock new features while playing, the Imperial Spin removes all your low-paying symbols from the reels and then there is Random Wilds, Mega Wilds covering the whole reel, Free Spin feature called Destiny Spins and even win multipliers unlocked by picking a card!

Gonzo’s Quest Megaways
Does Gonzo really even need an introduction at this point? The original Gonzo’s Quest was voted as the best slot of the year by our players at Chanz and no wonder, it is an timeless classic at this point! This Megaways version gives the loved original a very well done facelift. You can still find all the familiar features like win multipliers, Aztec symbols and Gonzo himself but it all comes wrapped up in the popular Megaways format.

Tournaments are a great way to enjoy your favorite games while competing with other players on a leaderboard to see who is the luckiest one! The score in the leaderboard is based on the highest win you manage to get in one single spin and is adjusted to your bet value. Simply put this means that highest win of 200x your bet would score the same regardless if your bet size was €0.20 or €5, so no matter what kind of bet size you like to use while playing your Chanz to score big will be the same!

New exclusive tournament has just started! During 25.2 – 28.2.2021 we are hosting a tournament in the game The Faces of Freya. Simply open the game and start spinning to participate! You can find your own position and the real-time leaderboard by clicking the tournament information button on the top-left corner when you have the qualifying game open.

You can find more details for this tournament from the campaign page. Have fun!

Brighten up the dark winter days and keep yourself active while searching the daily daily Free Spin badges! Between 01.02-21.02 there will be some frosty Winter badges hidden in random places all over our site. You can claim up to 8 badges daily and 3 of those will contain a Free Spins surprise!

Collect at least 24 badges during the campaign to participate in the main raffle 22.02, where you have a Chanz to win your share of 50 cash prizes with a total worth of €1,500.

Free Spin badge gives you 5 free spins and if you are lucky there is also the Super Chanz badge, which is worth 50 Free Spins. The Friend badge entitles you to give a friend 10 Free Spins!

Fruit Shop Megaways was released just yesterday and it is the third NetEnt classic that gets the Megaways overhaul treatment. If you loved the previous two as much as we did, you will surely be happy about what we have planned for the weekend! Time to take the brand new slot for a spin!

Get your Chanz reflector

It’s important to remember your safety walking on the streets during these dark winter days! We will send a Chanz reflector to 50 randomly selected players who completed the task and entered their name, email, phone number and address below (click here if you can’t see the form). Your details will only be used in this single campaign to deliver the reflector. Reflectors will be sent out to the selected 50 players during the following month.

Have you tried the free races at Chanz? It’s a great way to possibly win some extra Free Spins while playing your favorite games. Simply go to the Race section, select a game to play and spin it for 50 spins. The more you win the better your score is and the further you run in the race. Top players will win free spins after the race has finished!

Today we have doubled up the prizes! Until 23:59 CET today the prizes for the top 5 have been doubled and instead of 5 prizes, now the top 10 players will win Free Spins. You can find the special doubled up structure below;

Have you tried the brand new Book of Tombs already? This ancient Egypt themed slot from Booming Games has simple yet effective gameplay. Now is a great Chanz to try it out!

Competition has ended! Winners are

It’s Christmas week! We want to wish all of our Chanzblog readers very Merry Christmas and of course we have a new offer for you to enjoy as well.

Rules:
This offer is not available for players residing in Sweden or Poland.

You are automatically participating in the raffle after you have completed the task. 3 players will be randomly selected to win a cash prize of 50€, 30€ and 10€ respectively. The prizes will be credited directly to their accounts latest on 23.12.2020 at 14:00 CET.

The cash prizes do not have a wagering requirement. 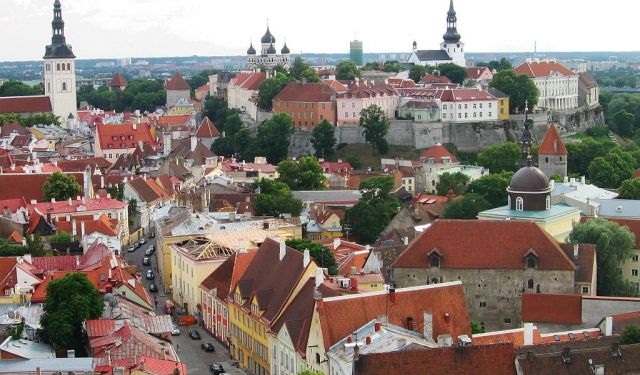 Between 12.10-01.11 various badges will be hidden in random places. For each 24 badges you collect, you get one ticket to the main raffle where you have a Chanz to win €1000 for an amazing trip back to medieval times in Tallinn, Estonia. Take a trip back in time to when Tallinn was a wealthy Hanseatic town. The city has miraculously preserved most of its aura of medieval glory.

*Available for players who have made a deposit of min. €10 the previous 7 days or who makes one during the campaign period.

We have posted a small video to our Youtube Channel here.

Its a recording of 100 Freespins for the new NetEnt game Coins of Egypt.

Your task is to check the video, and tell us what the highest win was during the freespins!

Your answer and details will not be visible to anyone else.

Check the video below, and leave your answer with your email below to the comment field!