Augustus is an Ancient Rome themed game by Microgaming partner Neon Valley Studios. This game has 5 reels, 3 rows and 20 paylines. Augustus has medium volatility, a hit frequency of 27.30% and a max win of 1000 times the stake per spin.

Each reel has a coin meter located above it and when a gold coin lands, it’s added to the meter above the reel it lands on. As soon as 2 coins are collected, the Wild Reel feature is triggered and the respective reel is covered by stacked wilds for two consecutive spins.

If you are familiar with games from Neon Valley Studios, this game might remind you of Age of Conquest. The makeover has however been well made and this game both looks and feels very nice. Although the max win potential per spin is not that high, the high hit frequency and often landing gold coins will keep you entertained for a long time.

If you won the 10 EUR or 50 fs, these will be credited on your next login!

Between 23.11-29.11 you can get extra rewards and prizes just by taking part in our free races and megaraces. For every three races that you play and complete, you will automatically get extra free spins no matter what was the result and your final position in the races.

There is also Chanz to win cash prizes, as you will additionally get one ticket for the main raffle for every three races that you have completed. The raffle will be held on 30.11 and the three luckiest players will win cash prizes of €250, €150 and €100 respectively.

A single race run consists of playing exactly 50 spins during a race. You can do this and try a new run as many times as you want during a duration of a single race to achieve the best possible result.

A 24K Dragon Respin is triggered when a golden dragon symbol lands in the base game. 1 to 4 extra rows are randomly added above the middle rows, for a single respin with more ways to win.

It has arrived – NetEnt Megaways

This is a big landmark for Netent, they have now produced their very first own Megaways slot. You might have seen few of NetEnt Megaways before but they were actually produced and developed by Red Tiger, a partner studio for NetEnt.

When you open the game, you will see the usual Megaways layout. The overall feeling of the game is familiar and gives the 1960’s disco vibes. 2-7 symbols can land to each reels during the game and producing up to 117,649 winning combinations.

You are going to be positively surprised here, lot more features is packed in this version. There is avalanches, Twin Reels, free spins and multiplier wilds. As in many of other Megaways slot, avalanche feature clears winning symbols from the reels and new symbols will drop in. And it keeps going on until there is no new wins.

Twin Reels means, that at the start of each new spins, two or more reels next to each other will be chosen as Twin Reels. They will display identical symbols. This feature is available both in base game and free spins mode.

Free Spins! Finally! The previous two versions of Twin Spin didnt have any free spins functions. Feature is launched, when you get 5 scatters anywhere in the reels and will award you 15 free spins. During the free spins, every new scatter will award one more free spin. During this feature, there is some major benefits. Reels are always maxed out and wild multipliers are also in play with values x2 or x3. Free spins can also be relaunched with new 15 spins if you collect 5 scatters during the feature.

Lots of new features in this new version, and they are very welcomed and waited for. Also the max win in this version is now over 10,000 x stake compared to the classic versions 1,080x. We believe that this new version will be a hit, it has definetly some new good features but still the nice feeling from the older versions.

Test this slot at Chanz.com today!

Remember to take part in our new Treasure Hunt that is now live! 🎰

For each completed achievement you will also receive 1 ticket to the main raffle which will be held on 23.11. In total there is 50 cash prizes up for grabs and the luckiest one will take home a top prize of €500!

On top of all of this, if you complete all of the 21 achievements, you will automatically receive 50 Free Spins on 23.11 at 12:00 CET. The Free Spins will not have any wagering requirements, so everything you win is yours to keep!

*If you complete all 21 achievements, you will be awarded total of 50 tickets to the main raffle held on 23.11
**The Chamber of Free Spin rooms are only available for players who have deposited and placed bets of min. €20 the previous 7 days or during the campaign period. You can collect maximum of 15 coins in the Chamber of Free Spins game, unless you find the Diamond which rewards you with 50 extra Free Spins
***If one of the games in the achievements are not available to be played in your location, then you are unfortunately not able to complete that achievement 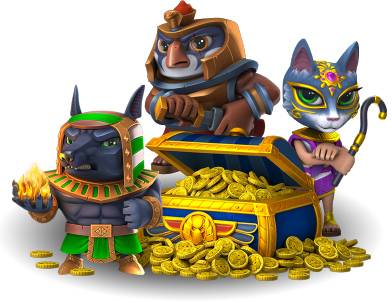 The front of the game looks quite modern, but the reels have old school symbols. Lowest paying symbols are represented by lemons, cherries and bars. The highest ones are 7 (double and triple) and diamonds.

There is also 2 different wilds, standard silver discoball and golden one. If you land 5 standards one in a row, you will be paid 50 x your bet. If you land one or more special ones, Disco ReSpin is launched. This means that wilds are locked and wins are multiplied by 2. During this function, if you land more wilds, they will launch a new re-spin and multiplier will increase. There is no limit how many re-spins you can get.

Scatter symbol can land to reels 1, 3 and 5. This launches bonus feature. In this feature, reels will award you cashprizes up to 50 times your bet or 5-20 free spins.

Max. payout in this slot can be achieved during the free spins. All wilds are specials and re-spins can also launch during this feature.

Between 26.10-01.11 you will get extra rewards for completing and playing challenges at Chanz! You will automatically get free spins for every 3 challenges that you complete – no matter if you lose or win the actual challenge. So as the well-known saying goes; third time’s the charm here, quite literally!

In order to complete a challenge, you need to place bets for a minimum of €3 during the challenge.

25 players who received the 100 free spins (will be credited on your next login):

Congratulations to all the winners and stay tuned for more competitions! 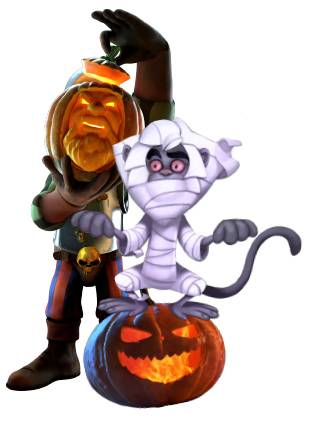