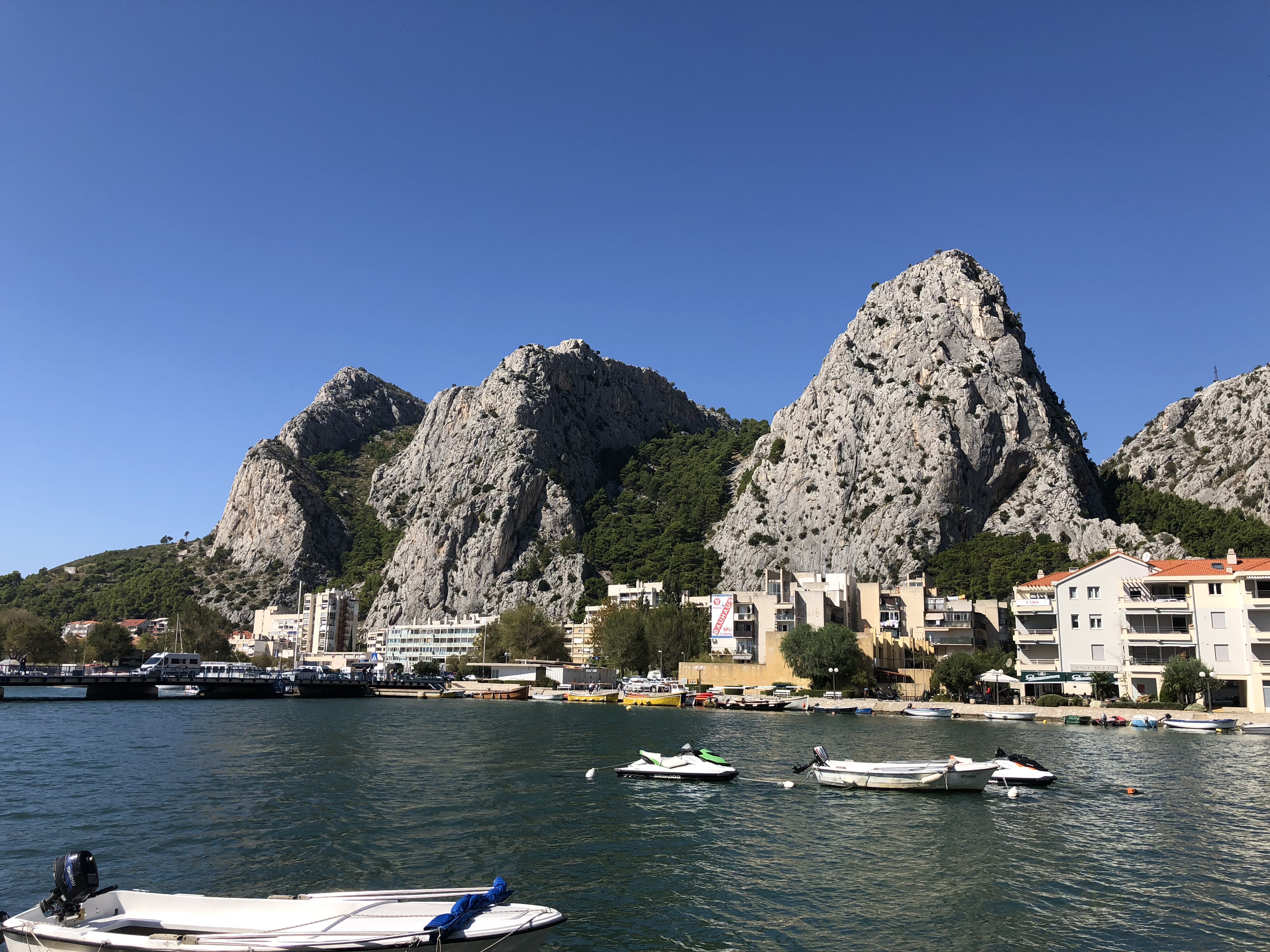 If Croatia Were 100 People

Croatia has an amazing 5,835km of coastline, 4,057km of which belongs to islands, cliffs and reefs. There are 1,185 islands in the Adriatic, while only about 50 are populated. The largest island is Krk (near Rijeka) which has a land area of 462 square km, whilst the country’s other well known islands include Hvar, Brac, Korcula and Pag.

Chanz staff visited Croatia briefly last month, and it was a truly magnificient experience. At the end of september, the weather was still magnificient, around + 25 c on the daytime, and lots of sun. The main tourist season is over at that time, so it was very calm and quiet everywhere, which was truly enjoyable. No queues to restaurants, bars or shops. Service was excellent everywhere, superb wines and food. And not to mention the prices that are really affordable.

Even if we were here only 5 days, thats plenty of days to visit several places here. You can read in more depth about the places worth to visit in recent Forbes article written here.

We spent 3 days in a village called Baška Voda (for our finnish friends, this name is quite hilarious.. we let you try to find out what it means..).  It only has around 3000 people living there permanently, but it still has shops, banks, restaurant and hotels. It has magnificient coast line and excellent beaches. From the coastline, you can see the mountains, that are not too far away, and you can take a bustrip to a wine yards that are located in the other side of them. You will definetly see the difference, it is like another world there, when the sea is not visible.

There is many airlines flying to Croatia:

During our visit, we took a trip behind the mountains and visited the small village called Imotski. You can find Blue and Red Lakes there, which have very interesting story behind them:

The Blue Lake got named after the colour of water in it. At the same time Red Lake’s name comes from the red stones surrounding it.

Both lakes are natural phenomenon and the Red Lake is impossible to approach because of high stone slopes around it.

The Blue lake is very attractive to media during periods of extreme drought. When the lake gets dry local people form two teams playing football at the bottom. The match always attracts numerous journalists and images end up in media around the globe.

The Adriatic Sea is relatively close to Imotski, however many kids from the area were taught to swim in the Blue Lake because local people are very proud of it.

During the period of heavy rain, the level of water in Blue Lake is around 90 metres and the record water lever went over 140 metres.

Both Blue and Red Lake were in the past connected with mysterious stories spread among local citizens. Experts mostly agree the lakes were formed as caves over underground waters were destroyed.

And the wines.. everyone who have visited Croatia, know that they wines and sparkling here are something totally different, and in a good way. Most of the sparkling is produced the same way as the champagne and the quality and taste is excellent. You need to try these, and you will surely taste the difference. And with the wine, you definetly need to try the local “prsutia” – airdried ham and local produced cheese with oven fresh bread.

To put it simple, Croatian food is awesome! It is wide and varied, because it is influenced by tastes and traditions from neighboring countries and different nations that ruled the Croatia throughout history.

The food has some similarity with Italian, Austrian, Hungarian and Turkish food, yet it has its own distinct interpretation and taste. Here below we will present few of the local dishes we tasted:

Every seafood restaurant in Croatia have a crni rizot (black risotto) on its menu. Crni rizot is basically a squid risotto. Squid ink colors the rice black. Besides squids, this risotto often contains other seafood, particularly mussels, clams and other shellfish.

This delicious pastry, filled with cottage cheese and sour cream, originated in Slovenia. However, today it’s a popular Zagreb food, as well as in Hrvatsko Zagorje region.

A custard pudding similar to flan typical for Dubrovnik region, rozata, when well-made, is one of my favorite Croatian sweets.

Called a “Queen of Dalmatian cuisine”, Pasticada is perhaps the most popular Dalmatian food. Every house, every family has its own recipe for pasticada. Baby beef’s fake fillet is marinated in a wine vinegar for days, and then braised for hours, first in its own juice, and later with red wine, and served with home made gnocchi.

Many of budget airlines fly here too, so now its a good time to start and plan your vacation! 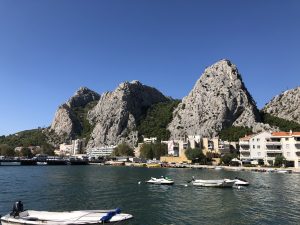 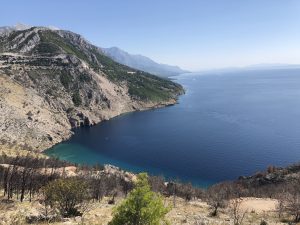 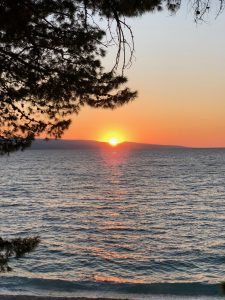 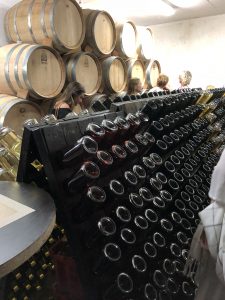 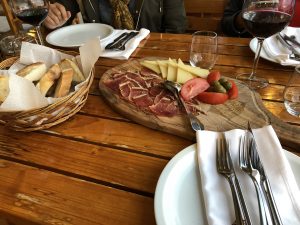 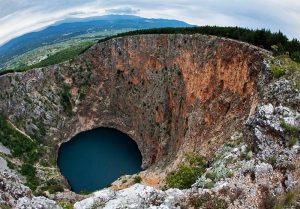 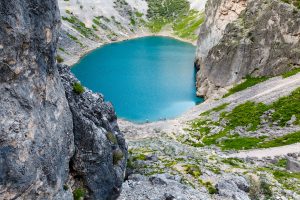 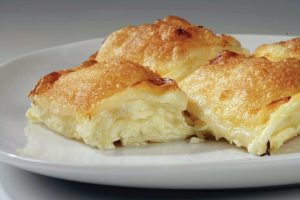 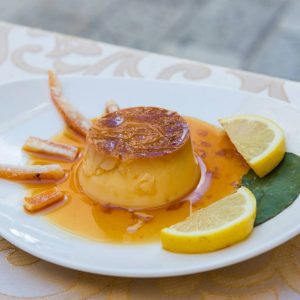 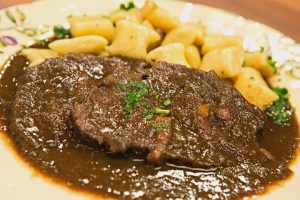 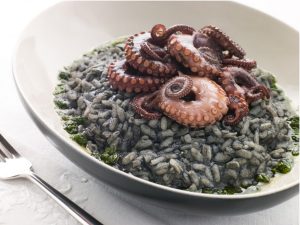