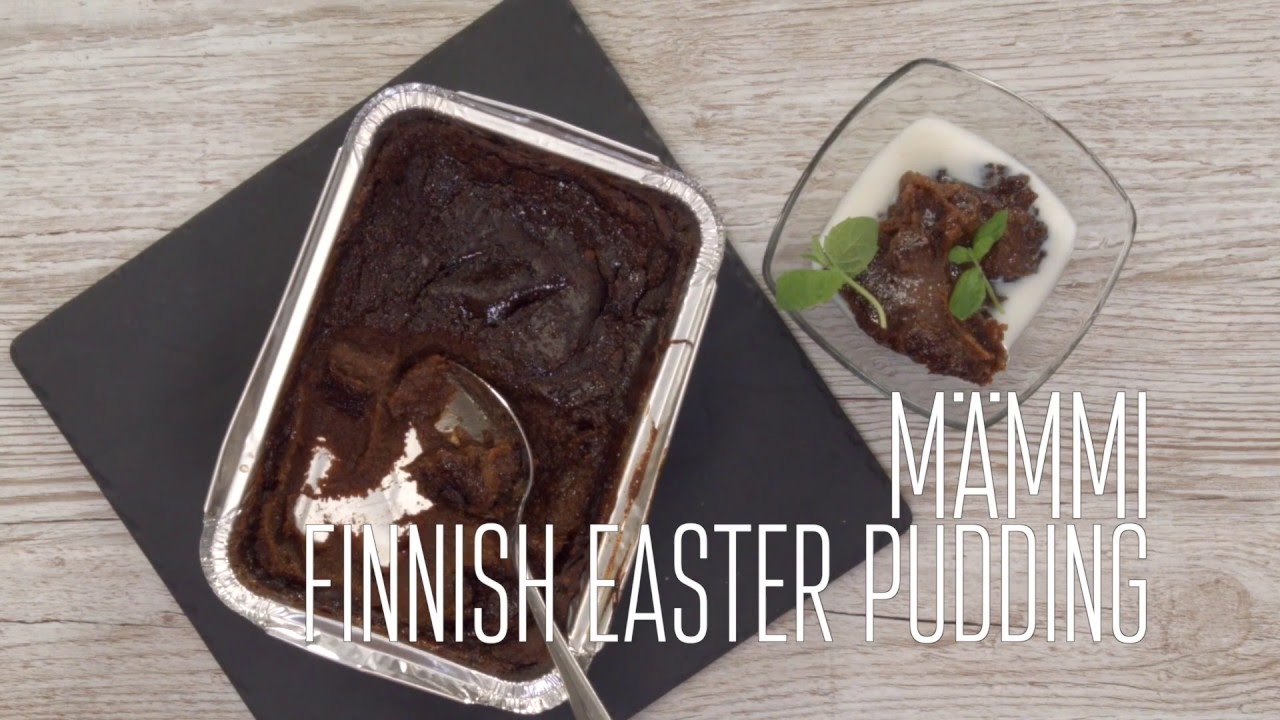 Easter.. What a wonderful time to have some days off and eat delicious food. Like memma. Atleast if you are a Finn. Or love Mämmi as it is called in Finland.

Memma is an old food mentioned already in 16th century latin scripts, but it has been eaten in Finland since 13th century. It is propably one of the oldest food traditions that hasnt changed that much. Good or bad, we let you decide. It is concidered as feast during the lent because it has some laxative and purifieng properties. It was also concidered as convenient food on Good Friday when cooking was against religious custom.

Memma is consisting of rye flower, water, powdered malt rye, salt and some orange zest. The mix will then go through a natural sweetening process and after that it is baked in the oven. After oven, it is still chilled for several days. Instead of being allowed to sweeten naturally, traditionally, commercially made mämmi is usually seasoned with dark molasses. Memma has originally only around 2 % of sugar, but the new versions can have up to 20%. It is also very protein rich.

Generally this Easter delicassy is eaten with cold milk/cream and sugar. In the old good times, it was also used as spread to the bread. There is also beer that has Memma as main ingredience. Yummy!! Dont be afraid how it looks, just taste it! You can find Memma in many northern countries like Sweden, Finland and also in Estonia. Give it a try! 🙂

As it is Easter, have you checked our Easter Egg Hunt yet?