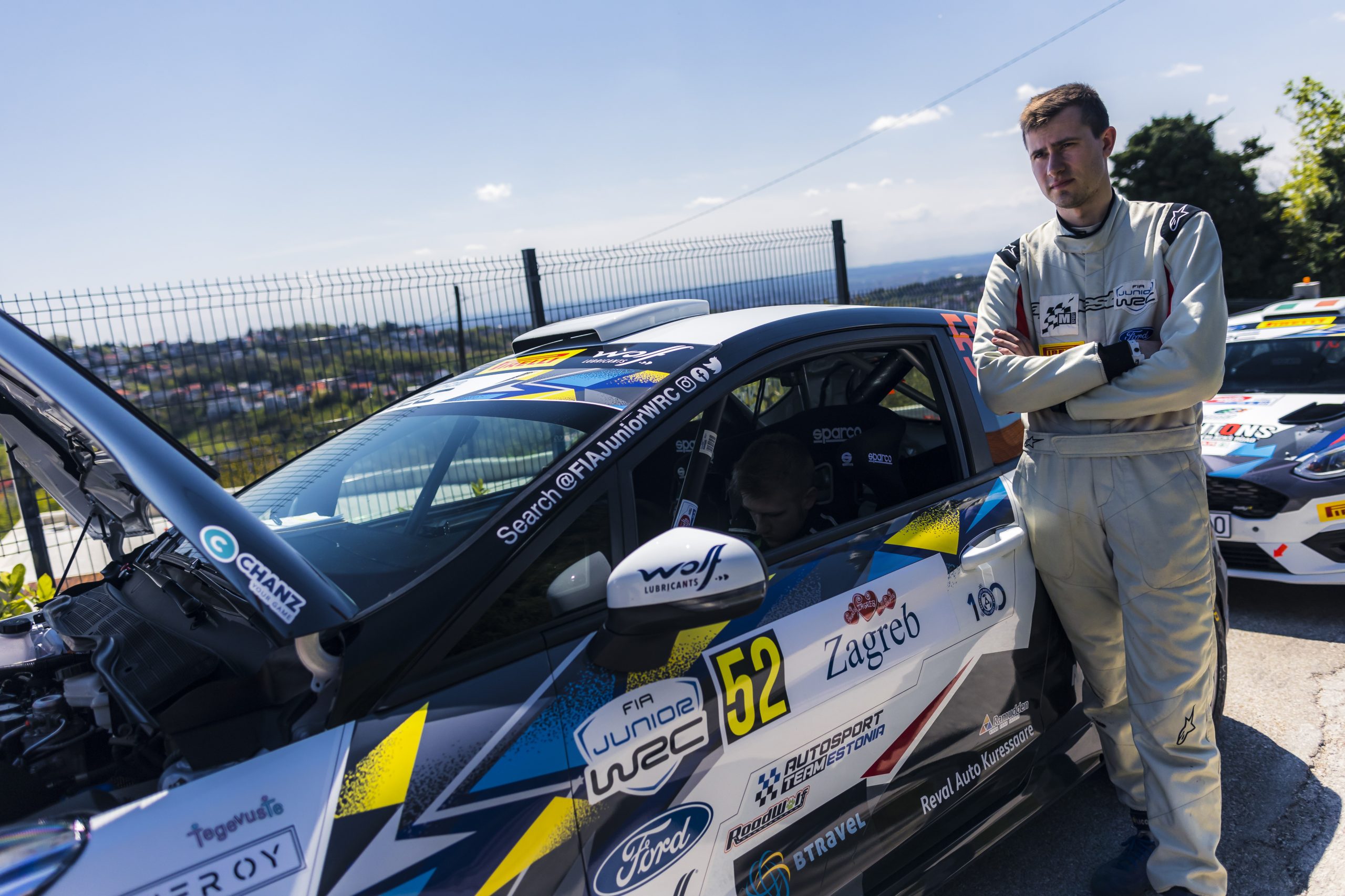 Here at Chanz we are always very proud to be able to sponsor new talents in many different sports. Previously we have sponsored some Estonian superstars such as javelin thrower Magnus Kirt and speed-skater Saskia Alusalu. Our latest sponsorship was announced in February this year, when we told our readers that we will be sponsoring a young rally-driver Robert Virves, who competed in Estonian Winter Rally back then. Now the JWRC has just started in April and we are super excited to follow and cheer for Robert’s journey in there!

JWRC is an abbreviation for Junior World Rally Championship, which is ran in support of the WRC (World Rally Championship). JWRC is open for all drivers who are under thirty years old, so Robert being a 20-year-old today will have plenty of years left to compete here if he so wishes! This years edition is already the twentieth season of JWRC and has total of five events planned. The first event took place in Croatia in 22.04.2021 – 25.04.2021, and next time we will be racing in Portugal now in May starting from 20.05.2021. You can check the whole event calendar from the official JWRC page.

Even though Robert is a busy guy, we managed to catch up with him and ask couple of questions for our readers.

When did you first start your career in rally?

I started with some amateur rallies in 2014 and first proper rally was 2018 Viru Rally.

Do you have an idol or some source of inspiration in the rally world?

I have couple of them, Ott Tänak, Markko Märtin, Sébastien Loeb, Alexey Lukyanuk.

What has been the most memorable event during your career?

Rally Estonia 2020, it was my first WRC rally. Ended third after puncture on the last day from first place.

What kind of cars do you drive?

This year I’m competing in Junior World Rally Championship. We use Ford Fiesta Rally4 car there.

What kind of team is behind you? What do they do?

All Junior WRC drivers are driving in M-Sport Poland. They are responsible for our cars during and between rallies.

We have 5 WRC rallies in our calendar. First one in Croatia didn’t go very well but plan is to show good performance on all the 4 rallies we have left and try to win JWRC.

What do you do on your free time?

There is not a lot free time to be honest, but I like fishing.

Below you can find a gallery showing Robert racing in some earlier events, sponsored by Chanz!

Pictures taken by Alar Truu. The use of any of the photographs on this website without the written permission from Chanz is strictly prohibited.