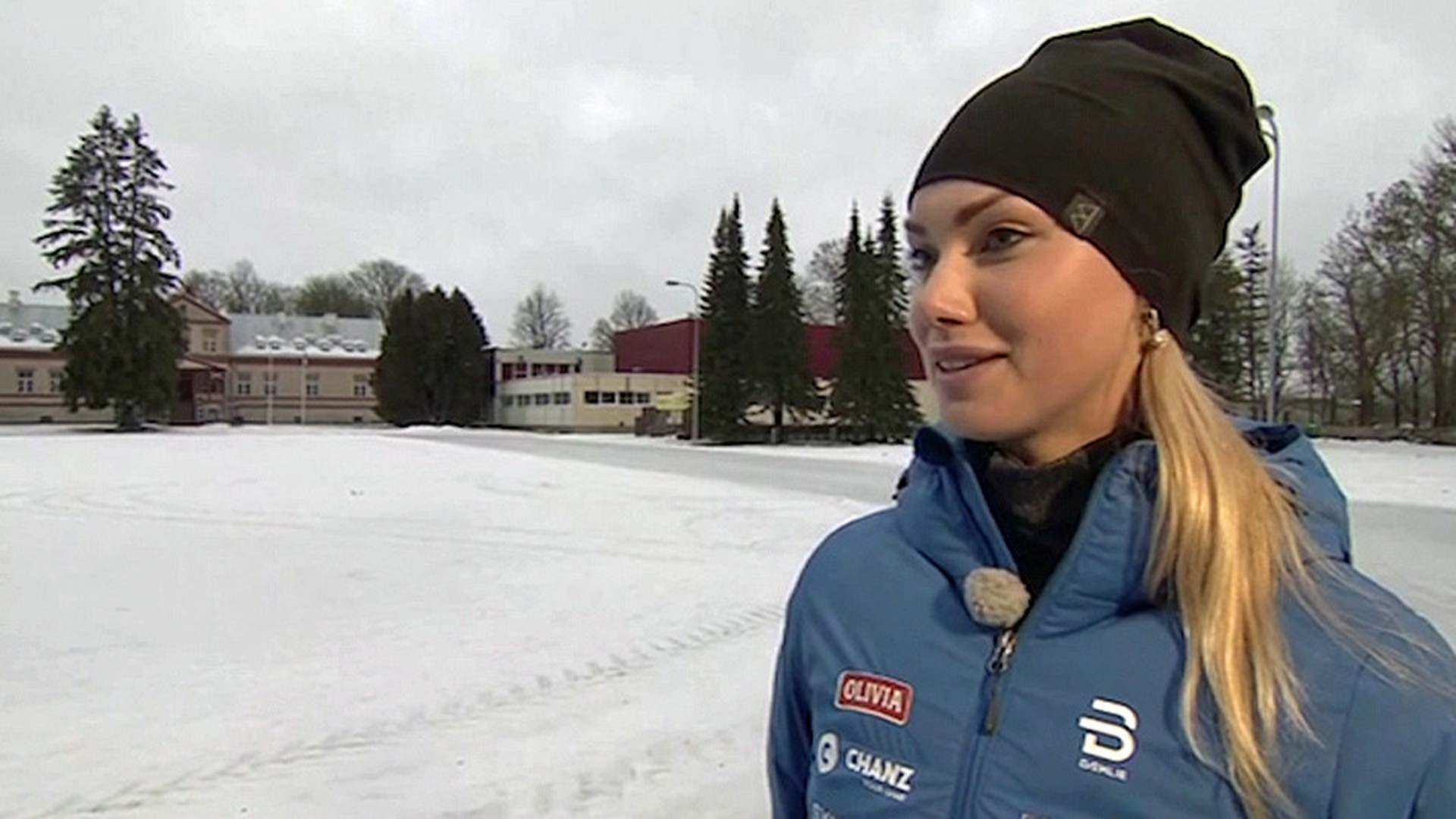 Saskia Alusalu is an Estonian speed skater and one of Chanz sponsored athletes alongside with javelin thrower Magnus Kirt. You can find more information about Magnus Kirt at Chanzblog here in Estonian, Swedish and Finnish.

Saskia Alusalu was born in a small village in Estonia called Adavere, which is located right between Tallinn and Tartu. Adavere is very well known of speed skating, since all the champions from Estonia are originally from Adavere. Alusalu, Mart Markus, Marten Liiv and their coach Väino Treiman are all from this really small village. In Adavere there is also located only ice rink named after speed skating.

In her childhood Saskia challenged herself in basketball, volleyball, football, athletics, skiing and skating.

“At that time, skating didn’t have a bigger meaning for me. Nobody had speed skates; people only had figure skates or hockey skates, and I wasn’t even aware that speed skating existed as I had never seen it”, Saskia has said in Sportland Magazine interview.

Saskia started speed skating when she was 12 years old. It all started like the way teenagers normally start their hobbies, just trying on different sports and speed skating was the one. Before professional career she trained 6-8 times a week but during these years training amount has only increased.

Saskia, now 24 years is one the only Estonian born speed skater who has made its way into the World Cups of speed skating. The were actually more speed skaters around 50 years ago, but they were representing Soviet Union at the time. After the Estonian independence in 1991, Alusalu is the best Estonian speed skater ever since.

Her career is booming right now results have been amazing so far. Her best result in
World Cup was 4th position in ladies 3000 meter speed skating back in January 2018. She also took part in Olympic games in PyeongChang, was the flag carrier on Estonian team and finished fourth position on ladies mass start speed skating final.

When Saskia is not training hard, she tries to 8-9 hours sleep a night and a nap after a hard training on a daytime. She is also studying in University, so she will be ready for other activities and profession after the career in sports eventually ends someday.

Saskia Alusalu finished the race in time 4.11,37. Her personal and Estonian record in from last December from Salt Lake City. Time then was 4.07,54.

We wish Saskia Alusalu a great season and congratulate her of her achievements so far!