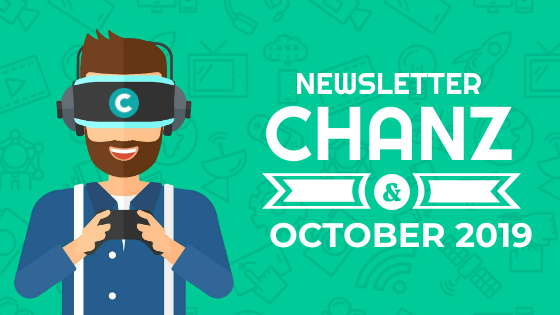 The past month has been really busy here at Chanz! We have added lots of new slots in our portfolio, like Nikola Tesla from Yggdrasil, Conan from NetEnt and Book of Oz Lock’n Spin from Microgaming!

We have also revamped our Challenges/tournament! The entry fee has been removed, so you pay just for the spins! The Tournaments are now available also in mobile devices, so check it out here!

In the month of october, there is several new games planned for release, like Divine Lotus from Thunderkick, Sweet Honey Fruity from NetEnt. Stay tuned for our reviews for these slots!

September Treasure Hunt was also done and Johanna T from Finland won the 1000 EUR prize! For our Swedish friends, we have added Zimpler as payment method, allowing you to deposit within seconds. Currently we have the Trick or Treat campaign ongoing (not available in Sweden and Poland) where you can win cash prizes and/or freespins. Oh, did i forgot to mention that there is also daily freespins during the campaign period?

There might be also some new exciting campaigns planned for the rest of the october.. stay tuned for these..

Did you know that Chanz has several pages in Social media? You can find our Social Media Pages below:

Thats all for now, all the best! 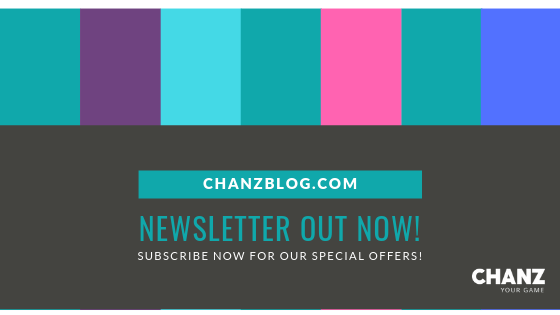 Our 1st newsletter just went out!

If you didnt subscribe to it yet, just send an email with word NEWSLETTER  to [email protected] on the subject line, and you will get it together with our special offer for today!

You can find our blog from here! 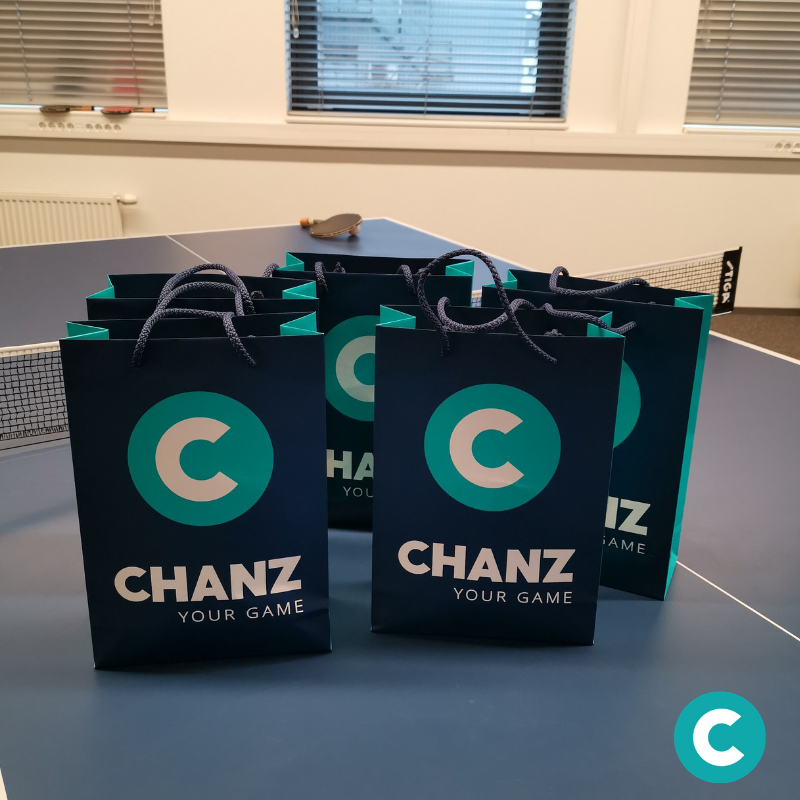 Our last weeks winners in our chanzblog.com competition are: Petri L, Reidun B, Eija F, Erik M, and Petri P!

We have contacted the winners! Follow us for more fun competitions!

Tallinn is the largest and also the capital city of Estonia.

Many well-kept secrets are waiting to be unearthed about Tallinn, a city mainly known for its Old Town, historic buildings and UNESCO status. When visiting Tallinn, there is a fountain of knowledge to take in, some of which you may only find out from an experienced city guide. Here are some fun facts to help you on your way whilst you explore all that this charming city has to offer.

Tallinn is not often thought of as a beach city. However, in the summer all the pleasures of a city break can be combined with a relaxing beach holiday. The Pirita District offers 2km of unspoilt sandy beaches with stunning views out to the Baltic Sea.

Under the Old Town is a labyrinth of 17th century tunnels. During WWII these were used as bomb shelters, but they were not widely known about to visitors until 2010 when 380 of the passageways were opened to the public.

Each European city has a signature drink. Tallinn is no different. Vana Tallinn is a sweet liqueur, invented in the 60’s. It is tasty whether you drink it hot or cold, straight, in a cocktail or coffee. With the use of natural ingredients, it presents a smooth but bitter flavour, with aromas of cinnamon, toffee, citrus and warm spices.

The Estonian capital was not always named Tallinn. Before 1918, when the country gained independence, it was known as Reval, thought to be of German origin. According to legend the origins of the old name comes from a deer hunt, when an animal fell off a cliff and perished. In German Reh-fall means ‘deer fall’. Many historians debate this theory and believe it more likely to derive from the old Estonian county called Revalia.

Tallinn’s medieval fort dates back to the 14th century. Originally it was 2.4km long, up to 16 metres high and three metres thick with 46 watch towers. It is so well preserved that today 1.9km remains, along with 20 observation towers. This wall certainly adds to the Old Town charm of this historic city.

Teletorn, the TV Tower, is not just the largest building in Tallinn but also the whole country. Standing at 314metres, you can not only enjoy panoramic views of the Old Town, and the Baltic Sea, if it is clear enough, views can be enjoyed all the way to the coast of Finland.

It is almost impossible to see all of the city’s five medieval church spires at once. A little known secret is that if you find a particular circular stone on Town Hall Square there is one spot where you can do exactly this. Look out for the cleverly positioned hole in one of the roofs, and make sure you find the correct stone as there are some fakes just to throw you off track.

Opened since 1864, Maiasmokk is the city’s oldest running café. Translated literally as Sweet Tooth, this is an appropriate name for the delicious home baked goods served here. The interior décor of the café has remained unchanged for almost a century, and it even houses its own Marzipan Museum.

Chimney Sweeps in Tallinn continue to wear 19th century uniforms. If you come across one, be sure to touch his brass buttons. Myth has it that this brings good luck.

The oldest building in Tallinn is Dominican St. Catherine’s Monastery and dates back to 1246. Unusually, it is one of the city’s best kept secrets, in spite of the fact it is located in the centre and the courtyard serves as a museum in the summertime.

Take a stroll back in time through the Old Town’s alleyways and winding streets. Here you will discover the narrowest, longest and widest streets in the city. The Old Town is easily visible from the Radisson Blu Hotel, Tallinn and is located just 500 metres away from the hotel.

Beware of a man in a red cloak. In medieval times, the city employed an executioner. Folklore had it that it was bad luck to meet him so he was made to wear a bright cloak so he stood out in a crowd.

The Soviet-era Patarei Prison is a sea fortress built in 1840. It has had many uses over the years but until recently it was a functioning prison. Since its closure in 2004, this prison remains virtually unchanged. In May 2014, this attraction will re-open to the public as a museum and multi-event facility.

There is something special about leaving a destination and knowing that as well as visiting its most famous sights, you have also uncovered several of its, sometimes dark, secrets. Tallinn is an easy place to find many such hidden stories, legends and little fun facts that many tourists never normally get a chance to learn about.

We thank Radisson Sas Blog for the text