August is officially the last summer month and we think that the best way to wrap it up is a proper Badge Bonanza including loads of Free Spins to all participants! Between 02.08-22.08 there will be badges hidden in random places all over our site.

You can claim up to 8 badges daily and 3 of those will contain a Free Spins surprise!

Collect at least 24 badges during the campaign to participate in the main raffle 23.08, where you have a Chanz to win a trip to Switzerland worth 1000€! In addition 25 players win 25€.

The daily Free Spin badge gives you 5 Free Spins and if you are super lucky you can also find the Super Chanz badge, which is worth 50 Free Spins. The Friend badge entitles you to give a friend 10 Free Spins!

Serengeti Gold is the third release in Microgaming’s Gold-series after Western Gold and Emerald Gold. In this installation the Scatter Pays -feature from the previous titles is replaced with HyperHold -feature which is what this game is all about.

The base layout of the game is very simple with five reels and 25 winlines, and the looks with the Safari-theme of the game complete the package giving the game a very classy feeling overall. This is one of those games you could easily imagine seeing as an old-school real-life slot machine in Las Vegas. But make no mistake, it works very well online as well!

Features in this game follow the same suit of keeping it simple and easily approachable. You have your regular wild symbol which is represented by the King of all the Safari animals; the Lion of course. The HyperHold-feature, which is what this game is completely built on, will be triggered when you land 6 or more Golden Money -symbols on your reels during the base game.

The HyperHold-feature is basically just Microgaming’s own rebranded name for Streak Respins -feature, which can be found from many games from other providers as well. When the feature starts, you will move to a different set of reels and start out with 3 respins. During the feature you can land only blanks or Golden Money -symbols on your reels, and each time you get a new Golden Money -symbol it will stay where it landed and reset your respins back to 3.

Special addition in this feature is the three different jackpots that can be triggered during it. The Mini and Major Jackpots are triggered if you get the corresponding symbols to land on your reels and will award you either with 30x (Mini) or 100x (Major) your stake win. If you manage to fill your whole screen with the Golden Money -symbols during the feature, this will trigger the Mega Jackpot which is 2,500x your stake and also the biggest single win available in the game. You will of course also receive all the normal Golden Money -wins and smaller jackpots that you managed to land while filling your reels up to that point.

There is also a Free Spin feature, which is triggered when you land a scatter symbols on reels 1, 3 and 5 during the base game. The amount of free spins and your win multiplier during them is decided by a bonus wheel and varies between 10-25 free spins with 2x-5x multiplier. The maximum win of 2,500x your stake can be achieved during free spins as well if you get 5x win multiplier and then manage to land screen full of Lion Wild -symbols.

All in all this game is a good addition in the line of games offering the Streak Respins (HyperHold) -feature. We have noticed this feature getting more and more popular in the games and among the players as well – and this game offers just that, but not much more. If you’re looking a new game with this feature and if you happen to love animals or just feel like visiting a safari today, then look no further and try this one at Chanz.com!

Between 26.10-01.11 you will get extra rewards for completing and playing challenges at Chanz! You will automatically get free spins for every 3 challenges that you complete – no matter if you lose or win the actual challenge. So as the well-known saying goes; third time’s the charm here, quite literally!

In order to complete a challenge, you need to place bets for a minimum of €3 during the challenge.

And the winners are:

The five lucky winners of 100 Free Spins each to their favorite game are; Wijmpje B, Meelis K, Marie W, Niko R, and Ürmo N.

Congratulations!  We have contacted the winners! 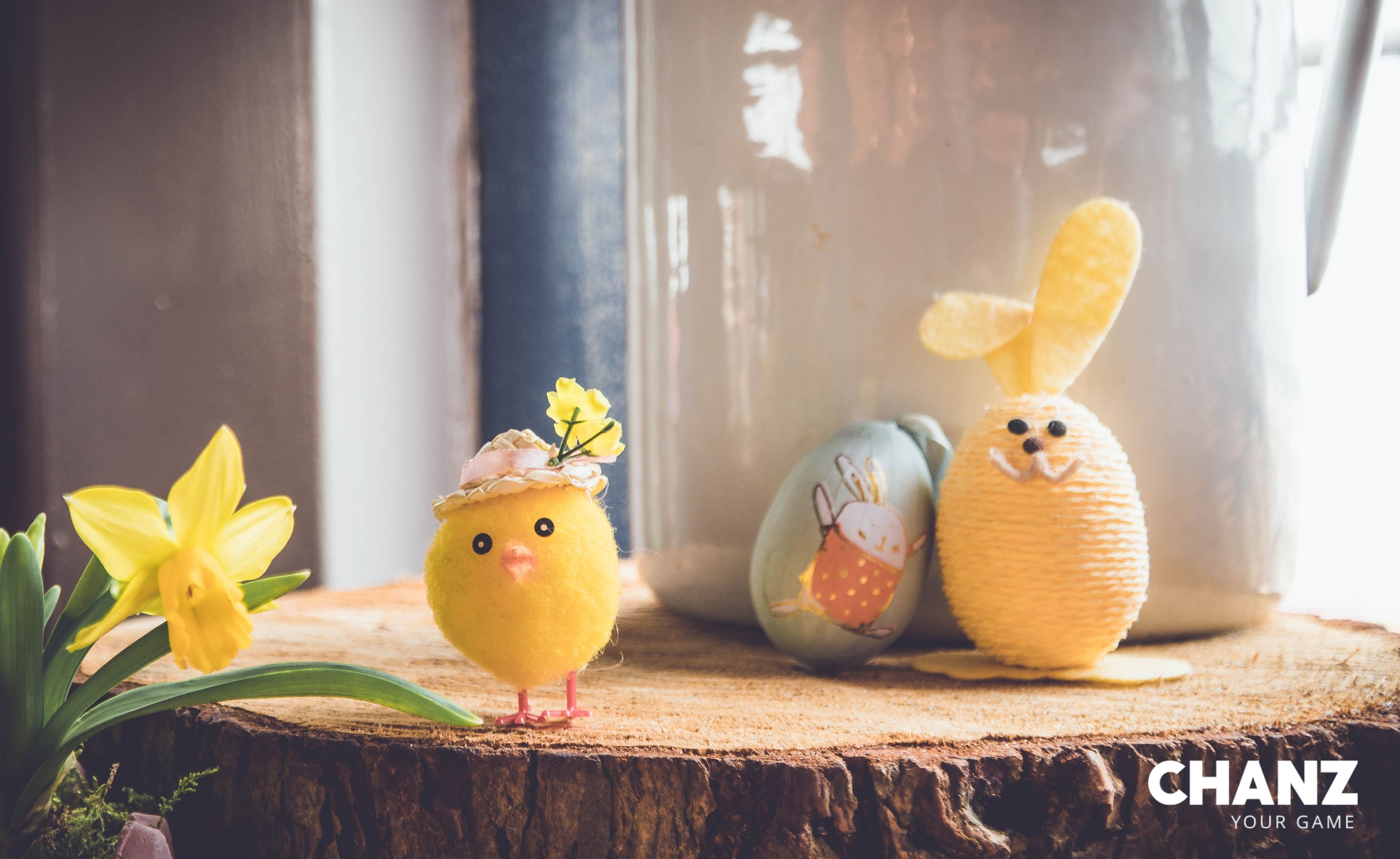 Between 05.04-25.04 Easter badges will be hidden in random places. Every day you can collect up to 8 and 3 of them are Free Spin badges.

Collect at least 24 to take part in the main raffle 26.04, where you have a Chanz to win €1000 for an amazing summer holiday. In addition, 5 runners-up will get 100 Free Spins to Eggomatic. You get one ticket for every 24 badges you collect.

See the rules for the campaign from here.

Have you taken your Chanz yet? Every day until 14.3.2019 there will be a new task revealed at our homepage. It can be bonus, freespins etc. Please note that this offer has some country restrictions, please check the terms and conditions when you are logged in!

In the last few weeks, we have given out Wolt presentcards, freespins, Chanz merchandise and other stuff in our social media competitions! If you haven’t liked our pages yet, you can do it in Facebook, Twitter and Instagram now! More exciting stuff is coming soon!

We have added lots of new games during the last weeks, for example Carnival Queen from Thunderkick, Golden Grimoire from NetEnt and Champions of Rome from Yggdrasil. There is new games coming in every week, so remember to check the category “Latest Releases” for new, exciting games!

Fact of the Day / Did you know?

What speed is required to leave Earth?

A spacecraft leaving the surface of Earth, for example, needs to be going about 11 kilometers (7 miles) per second, or over 40,000 kilometers per hour (25,000 miles per hour), to enter orbit. Achieving escape velocity is one of the biggest challenges facing space travel.

If you still dont have an account with us, its time to open one and check out our Welcome offer here!

Thats all for this time, we will back next week with more news! 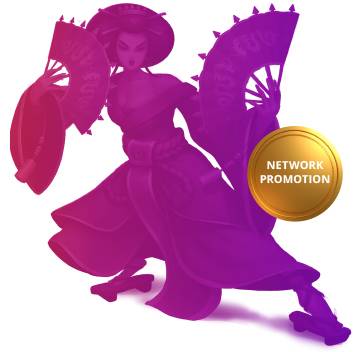 Have you ever wanted to travel to Rio Mardi Gras festivities? Well, now you have Chanz thanks to Yggdrasil and their massive Carnival Mission contest!

Yggdrasil Carnival Missions between 11.02 – 17.02 2019 consist of 3 stages, Lantern Festival, Venetian Carnival and Rio Carnival. The total prize pool is €60 000 and the main prize is an unforgettable trip to Rio de Janeiro!

*The cash prizes will be credited (no wagering requirements) within 72 working hours after leaderboard is over.

Congratulations to Malle V. who is the main winner of the Christmas Madness campaign and have won a Travel-Round-the-World like Santa Claus worth 2000 EUR 🎄🎅🏻.

The five lucky winners of 100 Free Spins each to their favorite game are; Felenza B, Angela N, Leif K, Hanna K and Liilia T! 😄

We have contacted the winners! 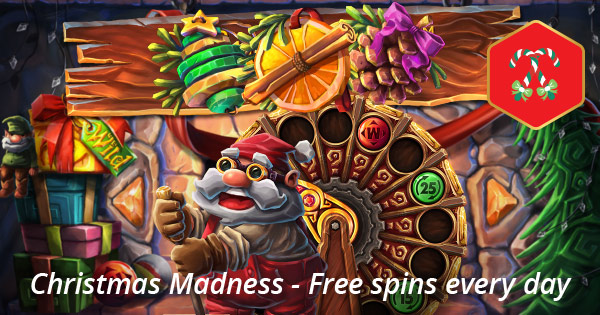 Collect at least 24 to take part in the main raffle 27.12, where you have a Chanz to win €2000 to Travel-Round-the-World like Santa Claus. In addition, 5 runners-up will get 100 Free Spins to their favorite game. You get one ticket for every 24 badges you collect. 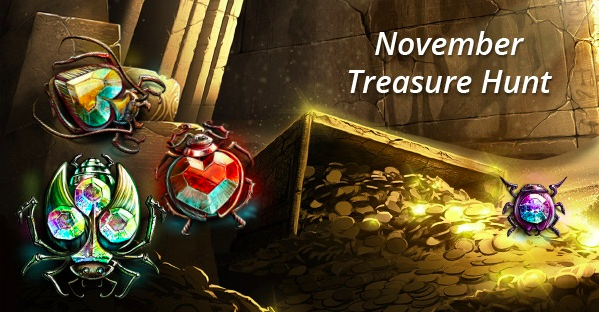 At 09.00 CET every day between 02.11-22.11 a new achievement will be revealed and each time you complete one, you will instantly be rewarded. You can complete the revealed achievements anytime and in random order.

For each achievement you complete, you also get 1 ticket for the main raffle that takes place on 23.11 where you can win €1000!* In addition 5 players will win 100 Free spins to their favorite game.

If you complete all 21 achievements, you will on 23.11 at 12.00 CET be awarded 50 Free Spins, without any wagering requirement!

You can join the treasure hunt here  and start collecting your tickets and rewards! Just login to your account, and go to the campaign section and find the November Treasure hunt! And if you are a new player, create account today, make your first deposit and you can take our welcome bonuses also, how cool is that!

*If you complete all 21 achievements, you will be awarded in total 50 tickets to the main raffle 23.11.
**Available for players who have made a deposit of min. €10 the previous 7 days or who makes one during the campaign period. You can max collect 15 coins in the Chamber of Free Spins game, unless you find the Diamond which rewards you with 50 extra Free Spins.

Did you know, that you can find our pages with exciting articles, campaigns and travel pictures from other social medias also?

And ofcourse here in our Chanzblog 🙂

We believe it is our responsibility to ensure that you enjoy your experience on our site, while remaining fully aware of the social and financial harms associated with problem gambling.

Playing at Chanz is a great way of adding excitement. However, its important to remember to keep your stake to a level within your budget. Unfortunately, some people can develop an addiction to a particular type of game or games. The staff at Chanz is trained to help you play within your limits and help you play responsibly.

You can always contact our staff to get more info about responsible gaming, they are trained to help you!